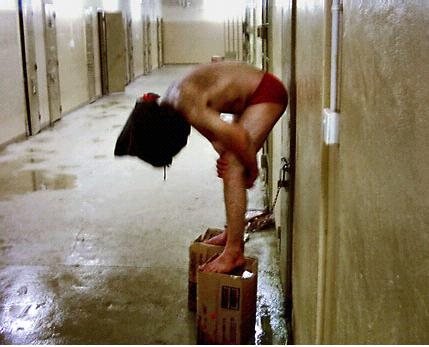 In 2005, I was the youngest person elected to the new Afghan parliament. Women like me, running for office, were held up as an example of how the war in Afghanistan had liberated women. But this democracy was a facade, and the so-called liberation a big lie. […]

On behalf of the long-suffering people of my country, I offer my heartfelt condolences to all in the UK who have lost their loved ones on the soil of Afghanistan. We share the grief of the mothers, fathers, wives, sons and daughters of the fallen. It is my view that these British casualties, like the many thousands of Afghan civilian dead, are victims of the unjust policies that the Nato countries have pursued under the leadership of the US government

You must understand that the government headed by Hamid Karzai is full of warlords and extremists who are brothers in creed of the Taliban. Many of these men committed terrible crimes against the Afghan people during the civil war of the 1990s.

In the constitution it forbids those guilty of war crimes from running for high office. Yet Karzai has named two notorious warlords, Fahim and Khalili, as his running mates for the upcoming presidential election. Under the shadow of warlordism, corruption and occupation, this vote will have no legitimacy, and once again it seems the real choice will be made behind closed doors in the White House. As we say in Afghanistan, “the same donkey with a new saddle”.

Like many other Afghans, I risked my life during the dark years of Taliban rule to teach at underground schools for girls. Today the situation of women is as bad as ever. Victims of abuse and rape find no justice because the judiciary is dominated by fundamentalists. A growing number of women, seeing no way out of the suffering in their lives, have taken to suicide by self-immolation.

Men er vi ikke nødt til at blive i Afghanistan for at redde afghanerne fra sig selv, for at undgå, at landet går til i en langvarig, opslidende borgerkrig?

I have a different message to the people of Britain. I don’t believe it is in your interests to see more young people sent off to war, and to have more of your taxpayers’ money going to fund an occupation that keeps a gang of corrupt warlords and drug lords in power in Kabul.

What’s more, I don’t believe it is inevitable that this bloodshed continues forever. Some say that if foreign troops leave Afghanistan will descend into civil war. But what about the civil war and catastrophe of today? The longer this occupation continues, the worse the civil war will be.

Link: The big lie of Afghanistan

This was a war, after all, launched by George Bush and Tony Blair with the stated aim of killing or capturing Osama Bin Laden and the Taliban leader Mullah Omar – and destroying al-Qaida. Eight years later, not one of those objectives has been accomplished. Bin Laden and Omar are still at large, while al-Qaida has spread into Pakistan, Iraq and dozens of other countries around the world.

Nor have any of the other fast-changing war aims – from bringing democracy, development and good governance, to ending the oppression of women and cracking down on opium production – fared much better. British and other Nato troops are now defending one of the world’s most corrupt governments, a cabal of narco-trafficking warlords rubber-stamped by a fraudulent election in which political parties weren’t even allowed to stand; Afghanistan has become the heroin capital of the world; and the position of many women, as women’s leaders such as the suspended Afghan MP Malalai Joya argue, is now worse than it was under Taliban rule.

Most absurd of all is the government’s claim that the Afghan war is preventing terrorism on the streets of Britain. The exact opposite is the case. There were no al-Qaida-style terror attacks in the UK before 2001. And Britain’s role in the invasion and occupation of Afghanistan and Iraq, along with its support for Israel’s occupation of Palestinian land – cited both by the bombers themselves and a string of intelligence reports – has been a central factor in motivating would-be jihadists, who have in any case been mostly home-grown and can train in Leeds as well as Lashkar Gah if they want to carry out atrocities.

The pressing alternative is presented by the war’s supporters as “abandoning” Afghanistan to a “bloodbath”. That is to stand reality on its head. The only way to end the war is the withdrawal of foreign troops as part of a wider political settlement negotiated with all significant Afghan forces on the ground, including the Taliban – and guaranteed by regional powers and neighbouring states: Pakistan, Iran, China and India.

Such a process is bound to take place eventually – whether or not the British government has the guts to follow the example of Canada and The Netherlands and announce plans to pull out earlier.

Link: How many more will die in vain before we withdraw?