A British ‘resident’ held at Guantanamo Bay was identified as a terrorist after confessing he had visited a  website on how to build a nuclear weapon, it was revealed last night.

Binyam Mohamed, a former UK asylum seeker, admitted to having read the ‘instructions’ after allegedly being beaten, hung up by his wrists for a week and having a gun held to his head in a Pakistani jail.

It was this confession that apparently convinced the CIA that they were holding a top Al Qaeda terrorist.

But The Mail on Sunday can reveal that the offending article – called How To Build An H-Bomb – was first published in a US satirical magazine and later placed on a series of websites.

Written by Barbara Ehrenreich, the publication’s food editor, Rolling Stone journalist Peter Biskind and scientist Michio Kaku, it claims that a nuclear weapon can be made ‘using a bicycle pump’ and with liquid uranium ‘poured into a bucket and swung round’.

Despite its clear satirical bent, the story led the CIA to accuse 30-year-old Mohamed, a caretaker, of plotting a dirty bomb attack, before subjecting him to its ‘extraordinary rendition programme’.

During his eight-year imprisonment, Mohamed has allegedly been flown to secret torture centres in Pakistan, Morocco, an American-run jail known as the Dark Prison near Kabul in Afghanistan and, finally, to Guantanamo Bay.

The Foreign Secretary is refusing to release classified documents relating to Mohamed’s detention.

We do not know what is happening to us. In the world outside, great events take place, great figures move and act, great matters unfold, and this nation of Albion murmurs and stirs while malevolent voices whisper in the darkness – the voices of the new laws that are silently strangling the old freedoms the nation still dreams it enjoys.

We are so fast asleep that we don’t know who we are any more. Are we English? Scottish? Welsh? British? More than one of them? One but not another?

We want to watch you day and night

We can see you have abandoned modesty

Some of our friends have seen to that

They have arranged for you to find modesty contemptible

We want you to feel that solitude is frightening and unnatural

One of the pleasant fantasies that consoles us in our sleep is that we are a sovereign nation, and safe within our borders. This is what the new laws say about that:

We know who our friends are

It is for us to know what your offence is

Angering our friends is an offence

It is inconceivable to me that a waking nation in the full consciousness of its freedom would have allowed its government to pass such laws as the Protection from Harassment Act (1997), the Crime and Disorder Act (1998), the Regulation of Investigatory Powers Act (2000), the Terrorism Act (2000), the Criminal Justice and Police Act (2001), the Anti-Terrorism, Crime and Security Act (2001), the Regulation of Investigatory Powers Extension Act (2002), the Criminal Justice Act (2003), the Extradition Act (2003), the Anti-Social Behaviour Act (2003), the Domestic Violence, Crime and Victims Act (2004), the Civil Contingencies Act (2004), the Prevention of Terrorism Act (2005), the Inquiries Act (2005), the Serious Organised Crime and Police Act (2005), not to mention a host of pending legislation such as the Identity Cards Bill, the Coroners and Justice Bill, and the Legislative and Regulatory Reform Bill.

And those laws say:

Sweating as you dream of rights and freedoms

Freedom is too hard for you

We shall decide what freedom is 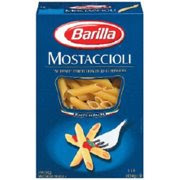