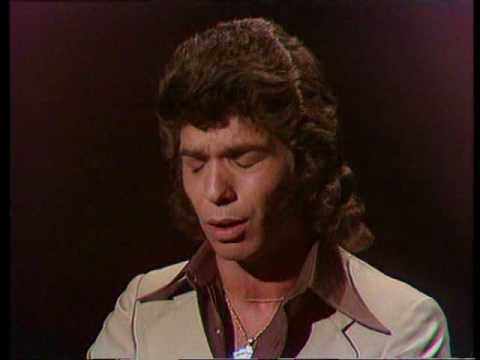 Six members of London’s metropolitan police force are the focus of a criminal investigation after a corruption probe revealed allegations by a serving officer that detectives waterboarded suspects allegedly caught with a “large amount” of marijuana.

“The officers under investigation were among 10 based in Enfield, north London, who were suspended in February in one of the worst allegations of corruption to hit the Metropolitan police in recent years,” reported The Telegraph.

“The part of the inquiry focusing on alleged police brutality has been taken over by the Independent Police Complaints Commission (IPCC),” reported the Times Online. “It is examining the conduct of six officers connected to drug raids in November in which four men and a woman were arrested in Enfield and Tottenham.

The British publication added: “Police said they found a large amount of cannabis and the suspects were charged with importation of a class C drug. The case was abandoned four months later when the Crown Prosecution Service said ‘it would not have been in the public interest to proceed.’ It is understood that the trial, by revealing the torture claims, would have compromised the criminal investigation into the six officers.”

…consider the following thought experiment. In 1963, as King delivers his famous speech to the March on Washington, Soviet premier Nikita Khrushchev delivers a public message of his own to the protesters. “We would like to tell these brave voices of freedom,” Khrushchev says, “that they have the full support and solidarity of the USSR. The Soviet Union and the United States Communist Party are ready and willing to perform any measures within our power to help our American brothers and sisters obtain their rights from this oppressive regime. And although Dr. King pretends that he holds no hostility toward the American capitalist system of government itself, and wishes only to secure the ideals of the American founding for all of its citizens, we all know that he and his supporters really yearn for complete regime change in Washington. We in Moscow will do whatever it takes to help you achieve this goal.”

Let us ignore the question of Khrushchev’s intentions here: whether he is motivated by genuine sympathy and desire to aid the civil rights marchers, or a more cynical hope of destabilizing a rival government, or a narcissistic and self-righteous wish to take credit for the marchers’ achievement in order to feel better about himself and appease his domestic critics. (And before anyone gets up in arms about “moral equivalence,” let me note than I am not equating Obama’s America and Khrushchev’s Russia, merely noting that Obama and Khrushchev occupy structurally similar positions as leaders of distrusted rival powers.)

Let us focus only on a simple tactical question: would Khrushchev’s statement aid the civil rights movement? Would it be welcomed by King and his associates? Why or why not?

Læs også: Iran: This Is Not a Revolution (via Lenin’s Tomb).

A spokesman for NSN said the servers were sold for “lawful intercept functionality,” a technical term used by the cell-phone industry to refer to law enforcement’s ability to tap phones, read e-mails and surveil electronic data on communications networks.

In Iran, a country that frequently jails dissidents and where regime opponents rely heavily on Web-based communication with the outside world, a monitoring center that can archive these intercepts could provide a valuable tool to intensify repression.(…)

Ben Roome, a spokesman for NSN, said, “We provide these systems to be used under the applicable laws in their countries and make sure we are abiding by U.N. and [European Union] export regulations and code of conduct. We provided the monitoring center to Irantelecom. We are not going to comment on the use of it. It is there to record lawful intercepts.”

But William Daly, a former CIA signal-intelligence officer for the agency’s Office of Science and Technology who retired in 2000, said the monitoring center in Iran will be used to “monitor dissidents and those ayatollahs who oppose the Supreme Leader [Ayatollah Ali Khamenei].” (…)

Mohsen Sazegara, a founder of Iran’s Revolutionary Guards who became a democracy advocate and was arrested in 2003 for his opposition to the Islamic republic, said there were rumors in Iranian opposition circles that the Germans had sold the state powerful new technology that would make their monitoring efforts more effective.

“My first reaction is, ‘Wow! Why do they do this?’ Don’t they know that this will be used against the people of Iran?” said Mr. Sazegara, who now lives in the United States.

“They facilitate a regime which easily violates human rights in Iran and the privacy of the people of Iran. They have facilitated the regime with a high technology that allows them to monitor every student activist, every women’s rights activist, every labor activist and every ordinary person.”

1. Mr. Nawi arrives every week to southern mount Hebron area and recently also to
Etzion area and joins Palestinian residents there. Together with these Palestinian
residents he knowingly enters areas in close vicinity of Israeli settlements that are
closed military areas.
2. During these weekly occurrences, Mr. Nawi provokes the local residents.
Subsequently, the Israeli Defense Force (IDF) and the Israeli Police arrive, and are
confronted by Mr. Nawi who has often uses insults and sometimes even force
against members of the security forces.
3. Mr. Nawi was detained, arrested and investigated several times for his behavior and on March 19, 2009 was convicted of participating in a riot and assaulting two Police officers (Cr.C. (Jerusalem) 3246/07 The State of Israel v. Ezra Nawi). His case is scheduled for sentencing on July 1, 2009.

Thanks for your response.

I note that Ezra Nawi has been arrested and behaving the way you describe while protesting the illegal harassment of Palestinians by Israeli settlers in the Hebron area.

I also note that the settlers´ presence in the area is illegal according to international law, as installing part of your own civilian population in an area that you occupy is a war crime.

I also note that we are talking about settlements in the West Bank of Jordan, an area that Israel is currently illegally occupying and in which the Israeli military has no business whatsoever.

I also note that the events which led to Ezra Nawi´s conviction are described thus on Wikipedia, citing a considerable number of reliable sources:

“During the incident for which Nawi was charged, which was filmed and broadcast on Israel´s Channel 1, he can be seen non-violently resisting the demolition of the home before being taken into custody by members of the border police. Despite the video, which does not show Nawi violently resisting the police, he was found guilty on March 19, 2009 by an Israeli court of assaulting a police officer and participating in a riot, which scheduled sentencing for July 1.” (http://en.wikipedia.org/wiki/Ezra_Nawi)

I hereby conclude that Mr. Nawi´s conviction seems to be unfair, and if so he deserves a complete exoneration.

And the Palestinian population on the West Bank deserve that the Israeli army once and for all withdraws from an area where the have no business at all, and whose continued occupation is a crime against international law for which I hope all responsible Israeli leaders will one day stand
trial.

In the meantime, Mr. Ezra Nawi should be set free and, as I said, exonerated.