Interviews with several people directly familiar with the conditions of Manning’s detention, ultimately including a Quantico brig official (Lt. Brian Villiard) who confirmed much of what they conveyed, establishes that the accused leaker is subjected to detention conditions likely to create long-term psychological injuries.

Since his arrest in May, Manning has been a model detainee, without any episodes of violence or disciplinary problems.  He nonetheless was declared from the start to be a “Maximum Custody Detainee,” the highest and most repressive level of military detention, which then became the basis for the series of inhumane measures imposed on him.

From the beginning of his detention, Manning has been held in intensive solitary confinement.  For 23 out of 24 hours every day — for seven straight months and counting — he sits completely alone in his cell.  Even inside his cell, his activities are heavily restricted; he’s barred even from exercising and is under constant surveillance to enforce those restrictions.  For reasons that appear completely punitive, he’s being denied many of the most basic attributes of civilized imprisonment, including even a pillow or sheets for his bed (he is not and never has been on suicide watch).  For the one hour per day when he is freed from this isolation, he is barred from accessing any news or current events programs.  Lt. Villiard protested that the conditions are not “like jail movies where someone gets thrown into the hole,” but confirmed that he is in solitary confinement, entirely alone in his cell except for the one hour per day he is taken out. 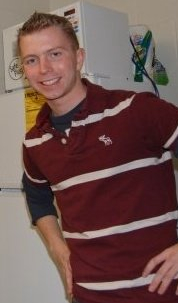 In sum, Manning has been subjected for many months without pause to inhumane, personality-erasing, soul-destroying, insanity-inducing conditions of isolation similar to those perfected at America’s Supermax prison in Florence, Colorado:  all without so much as having been convicted of anything.  And as is true of many prisoners subjected to warped treatment of this sort, the brig’s medical personnel now administer regular doses of anti-depressants to Manning to prevent his brain from snapping from the effects of this isolation.

Just by itself, the type of prolonged solitary confinement to which Manning has been subjected for many months is widely viewed around the world as highly injurious, inhumane, punitive, and arguably even a form of torture.  In his widely praised March, 2009 New Yorker article — entitled “Is Long-Term Solitary Confinement Torture?” — the surgeon and journalist Atul Gawande assembled expert opinion and personal anecdotes to demonstrate that, as he put it, “all human beings experience isolation as torture.”  By itself, prolonged solitary confinement routinely destroys a person’s mind and drives them into insanity.  A March, 2010 article in The Journal of the American Academy of Psychiatry and the Law explains that “solitary confinement is recognized as difficult to withstand; indeed, psychological stressors such as isolation can be as clinically distressing as physical torture.”